For our sports-loving campers we have a small volleyball court on the beach near the Tropicana.

Where did Volleyball first start? In America of course

Volleyball was first played on sand in1915 by George David and
his friends . He built up a network of playing courts along Waikiki
Beach in Hawaii and encouraged his colleagues to join in the game,
six against six. Seven years later, the Santa Monica Beach Club was
founded and in 1927 was followed by five more in California.
Southern California is now designated as the birthplace of beach volleyball.
The breakthrough for the game came in 1992 in Almeria (Spain), where an
Olympic demonstration competition took place, which resulted in beach
volleyball being included in the program of the Olympic Games in Atlanta in 1996. 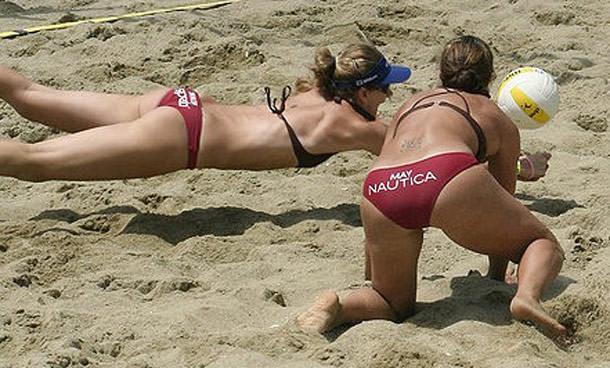